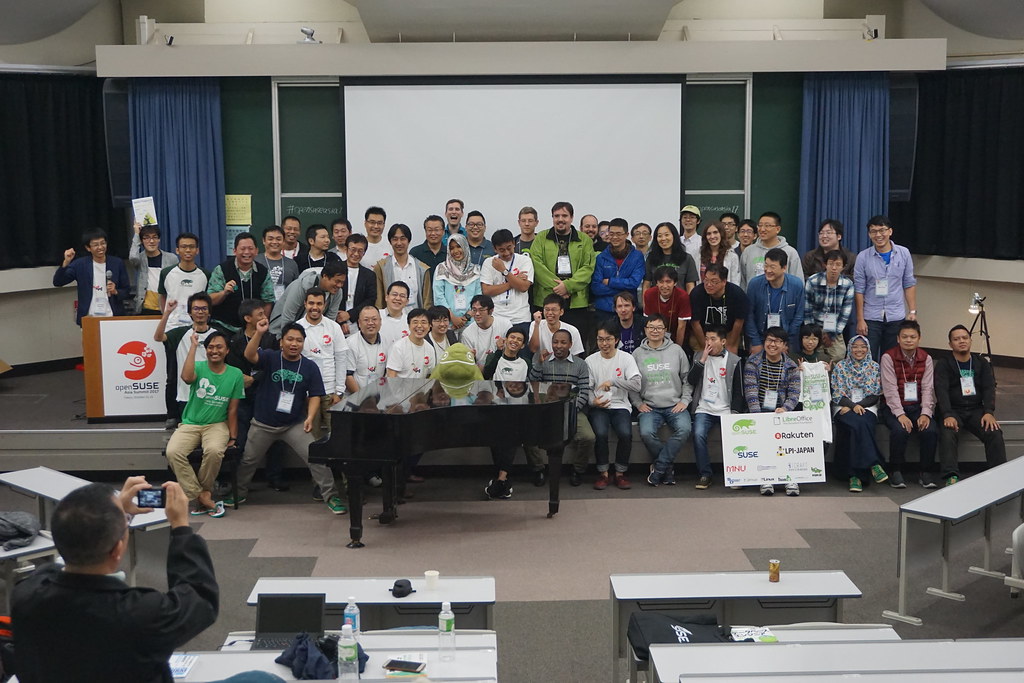 I already published a report about openSUSE-ID on openSUSE Asia Summit 2017. Now it’s my turn to write my experience.

I arrived in Tokyo on Thursday morning, it was rainy from i landed in Haneda until i went to bed. It was autumn but the weather was very cold, about 10 degree Celcius. 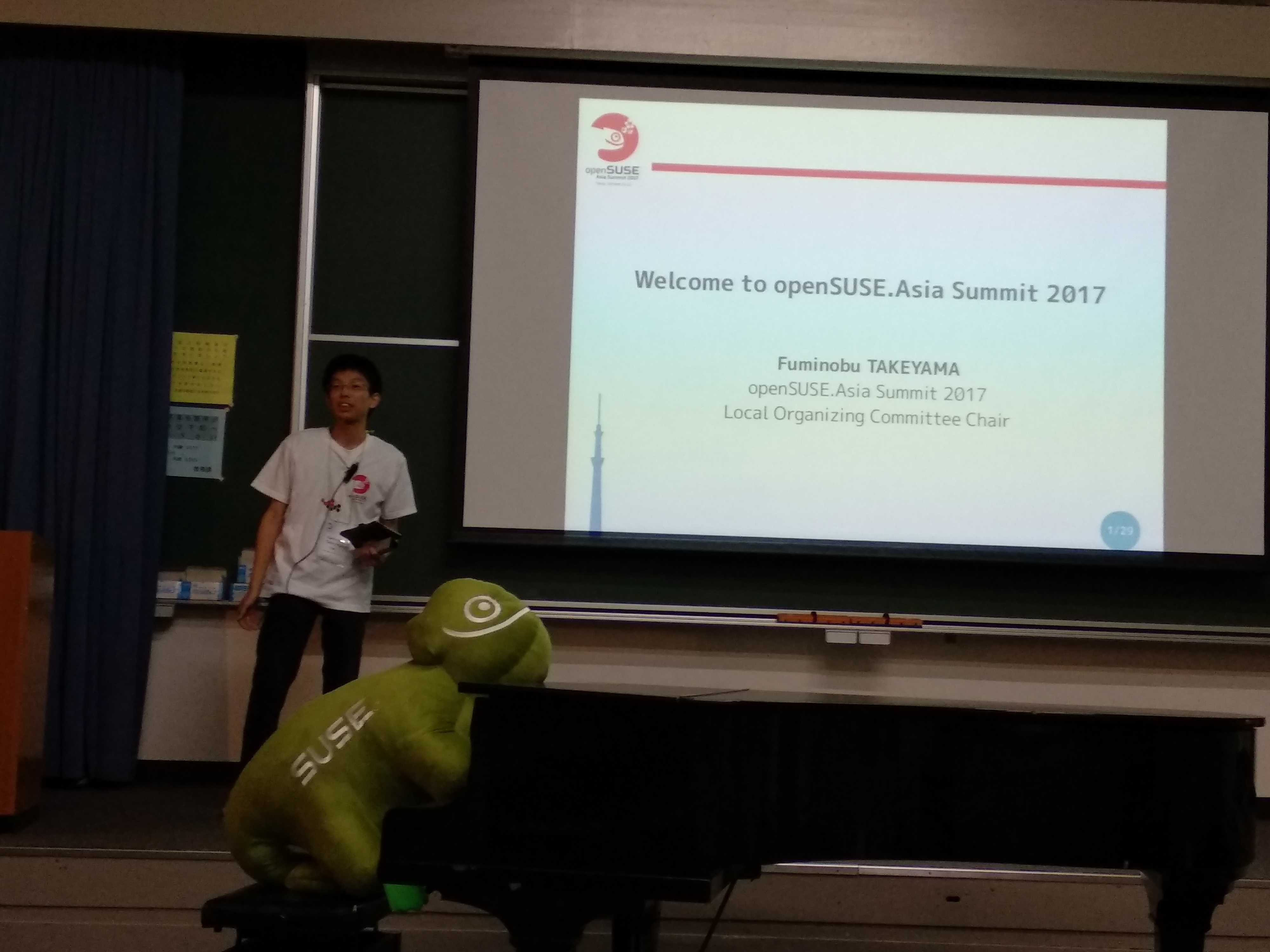 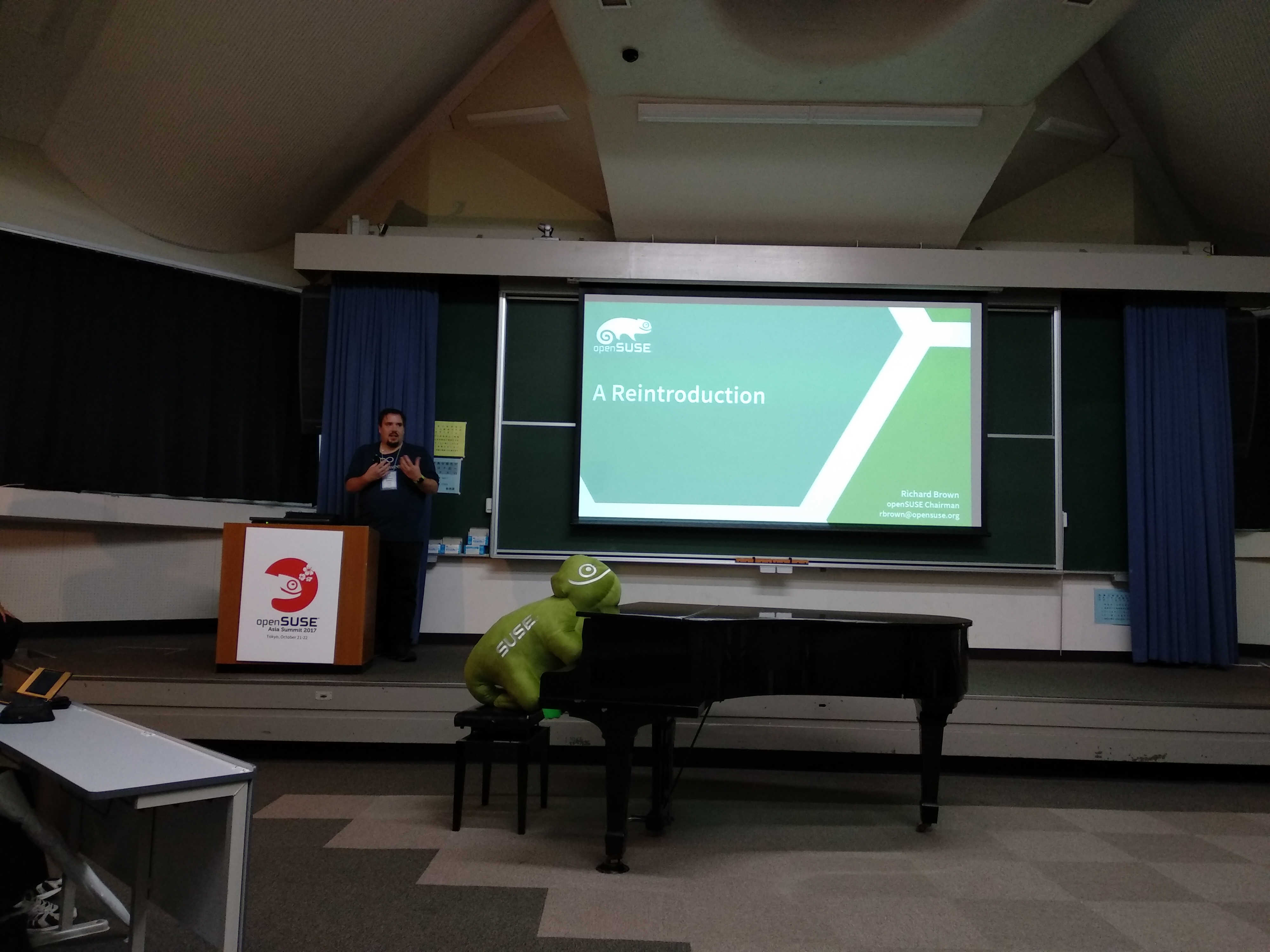 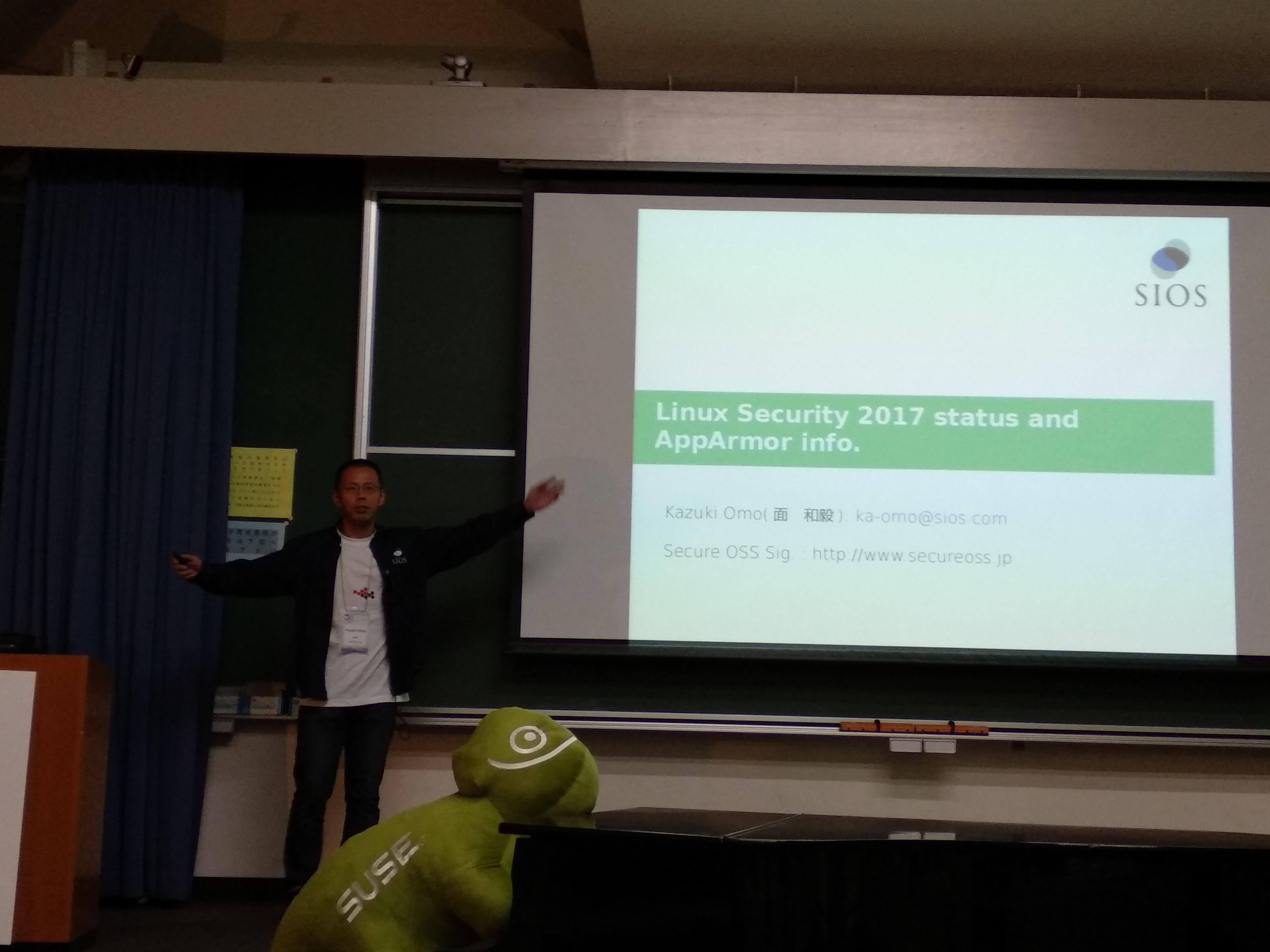 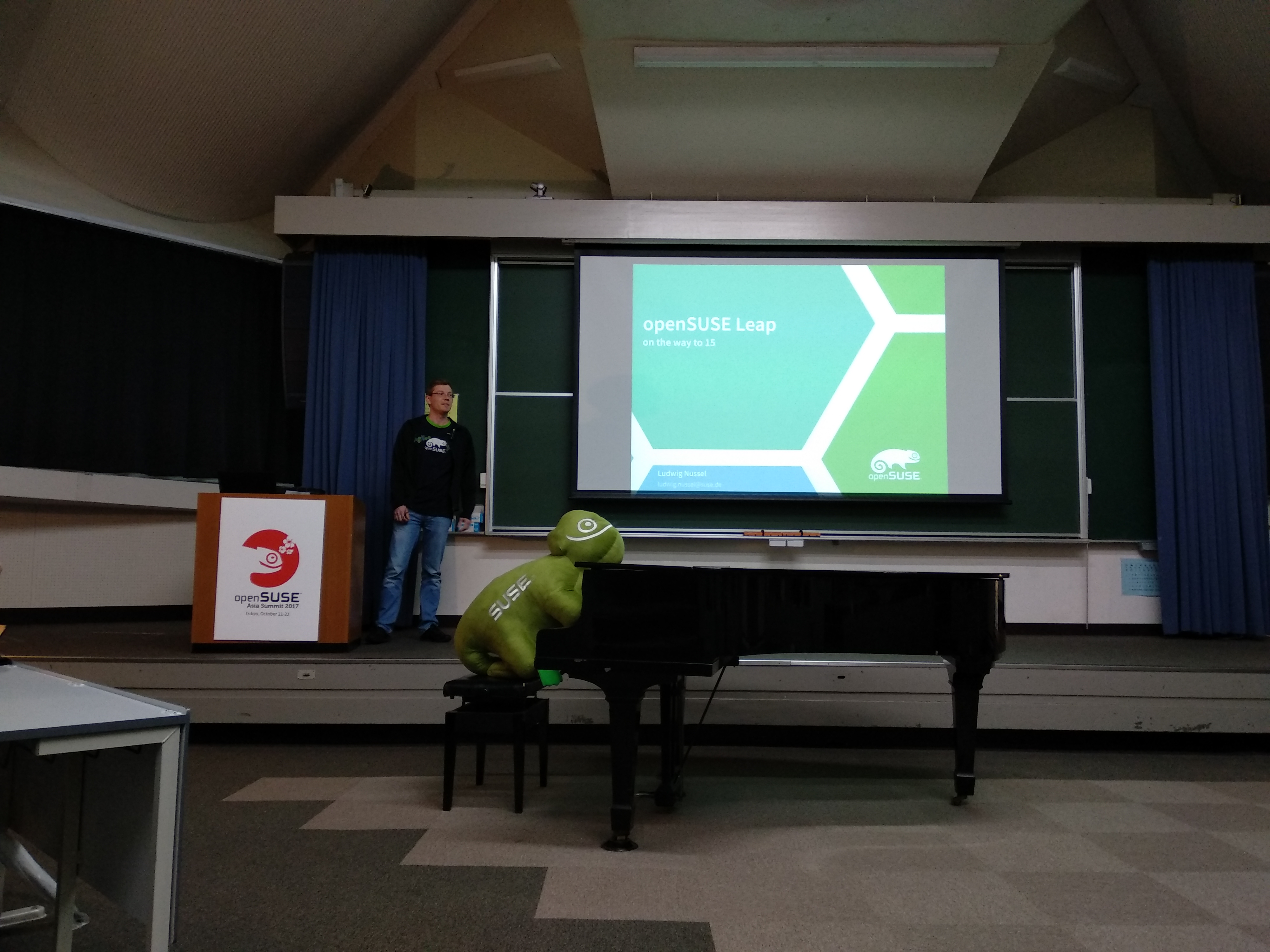 Friday evening, it was a dinner with all speakers and local team. Then, the next day (Saturday), the conference started. Takeyama-san opened the conference, followed keynote by Richard Brown about Reintroduction of openSUSE. Then, we have Omo-san on opening talk about Linux Security Status and Ludwig Nussel, he talked about openSUSE Leap 15, will be released on April 2018.

After lunch break, i attended OBS workshop by Alcho. I came late so that i dont quite understand about using OBS through osc command line. But i understand to use OBS through web UI.

Then, it’s my talk about Flatpak and AppImage on openSUSE. I already published my post about AppImage on openSUSE Asia Summit since their developer wrote an issue on my GitHub. Right after me, it was Andi Sugandi, also talked about build AppImage using OBS. Edwin Zakaria’s talk also interesting since he told the audience about openSUSE Community in Indonesia.

The first day of conference closed by lightning talk. The first lightning talk was Youngbin Han from Ubuntu Korea. He talked about integrating Slack and IRC. The interesting one was Franklin Weng lightning talk about Becoming a TDF Member, he invited the audience to attending his talk in the next day. 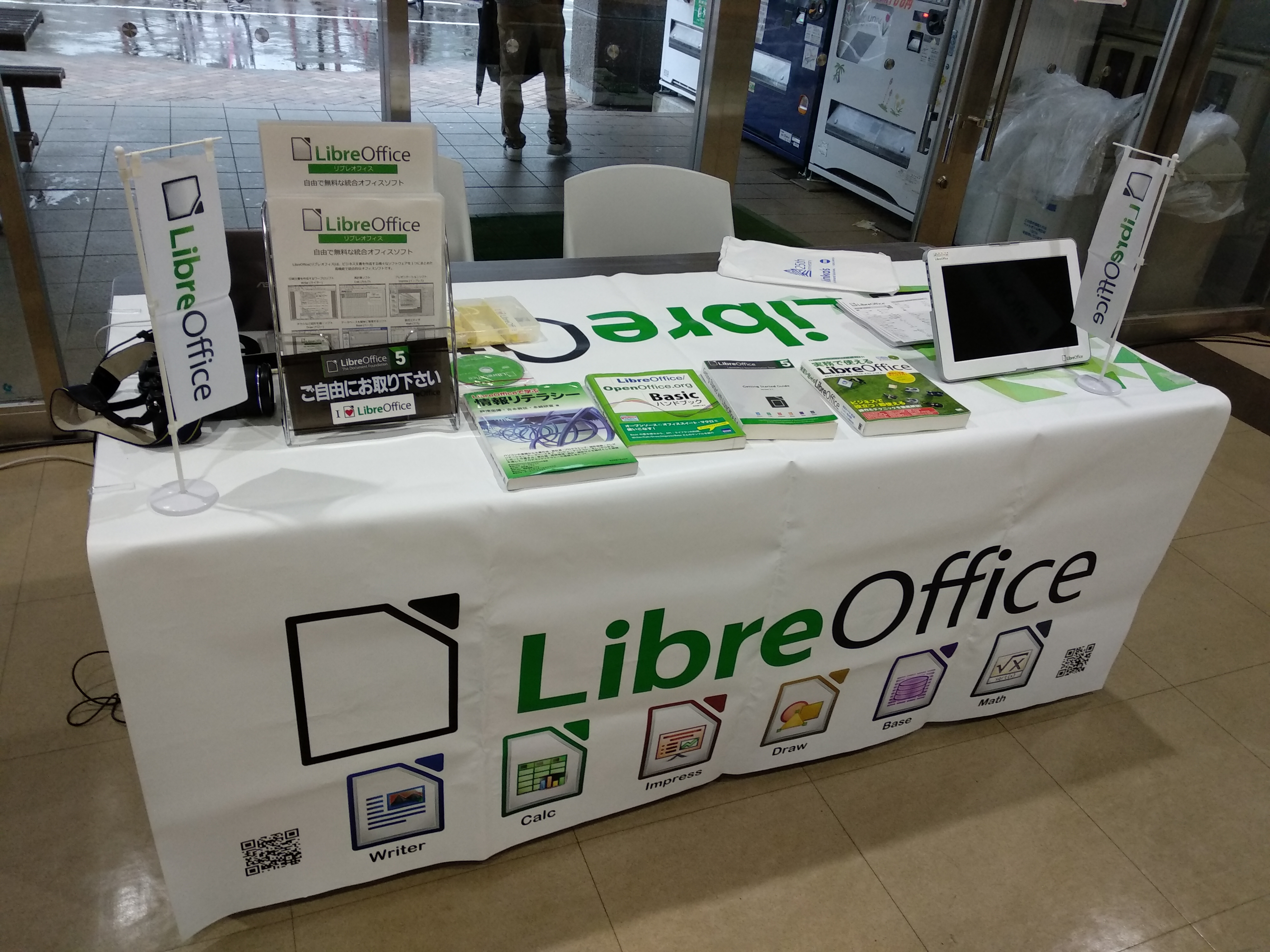 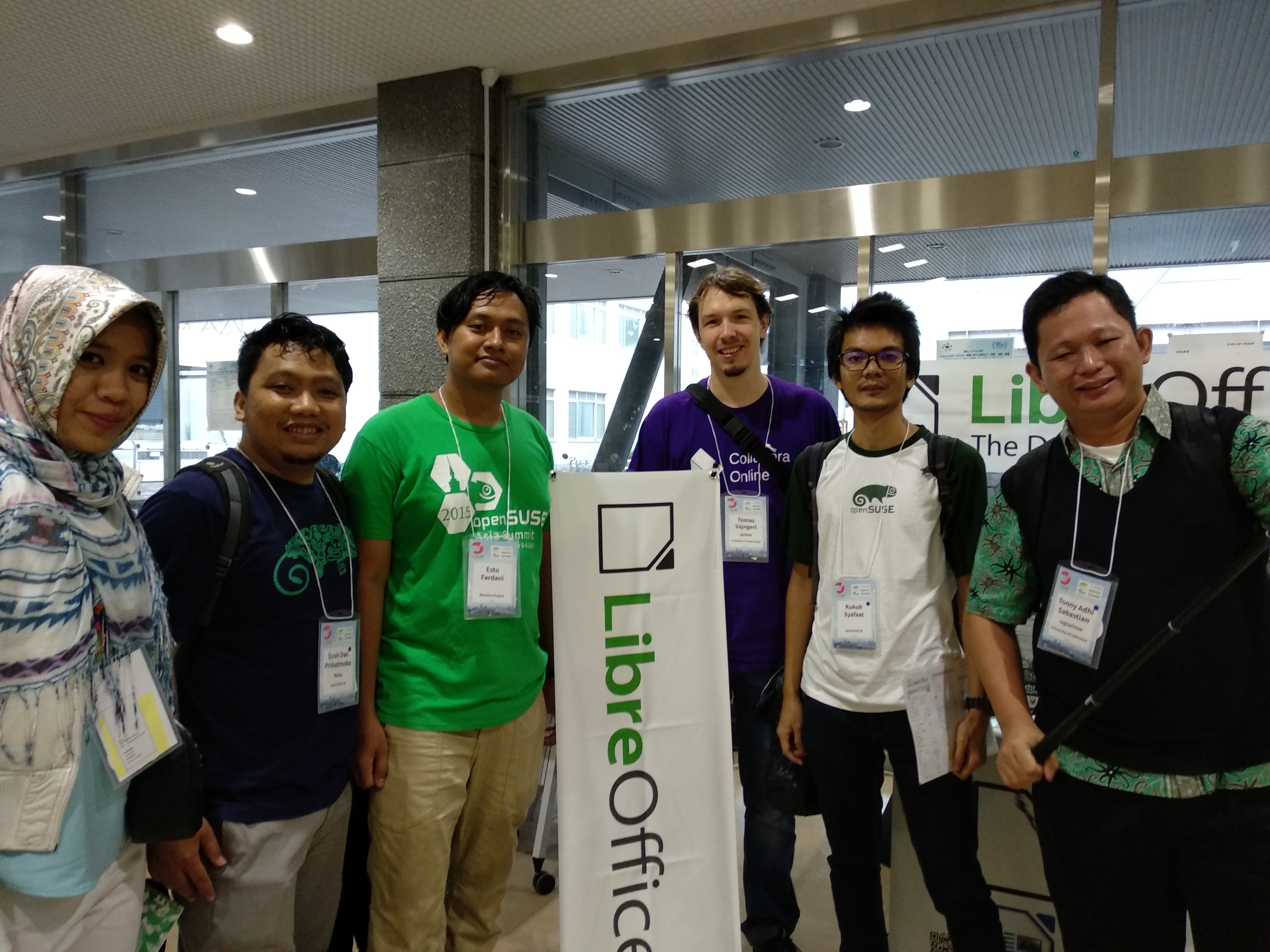 The second day of conference also part of LibreOffice Mini Conference 2017 Japan. The first two talks that i attended was Naruhiko Ogasawara’s LibreOffice: The Office Suite with Mixing Bowl Culture and Franklin Weng’s A War of File Format. 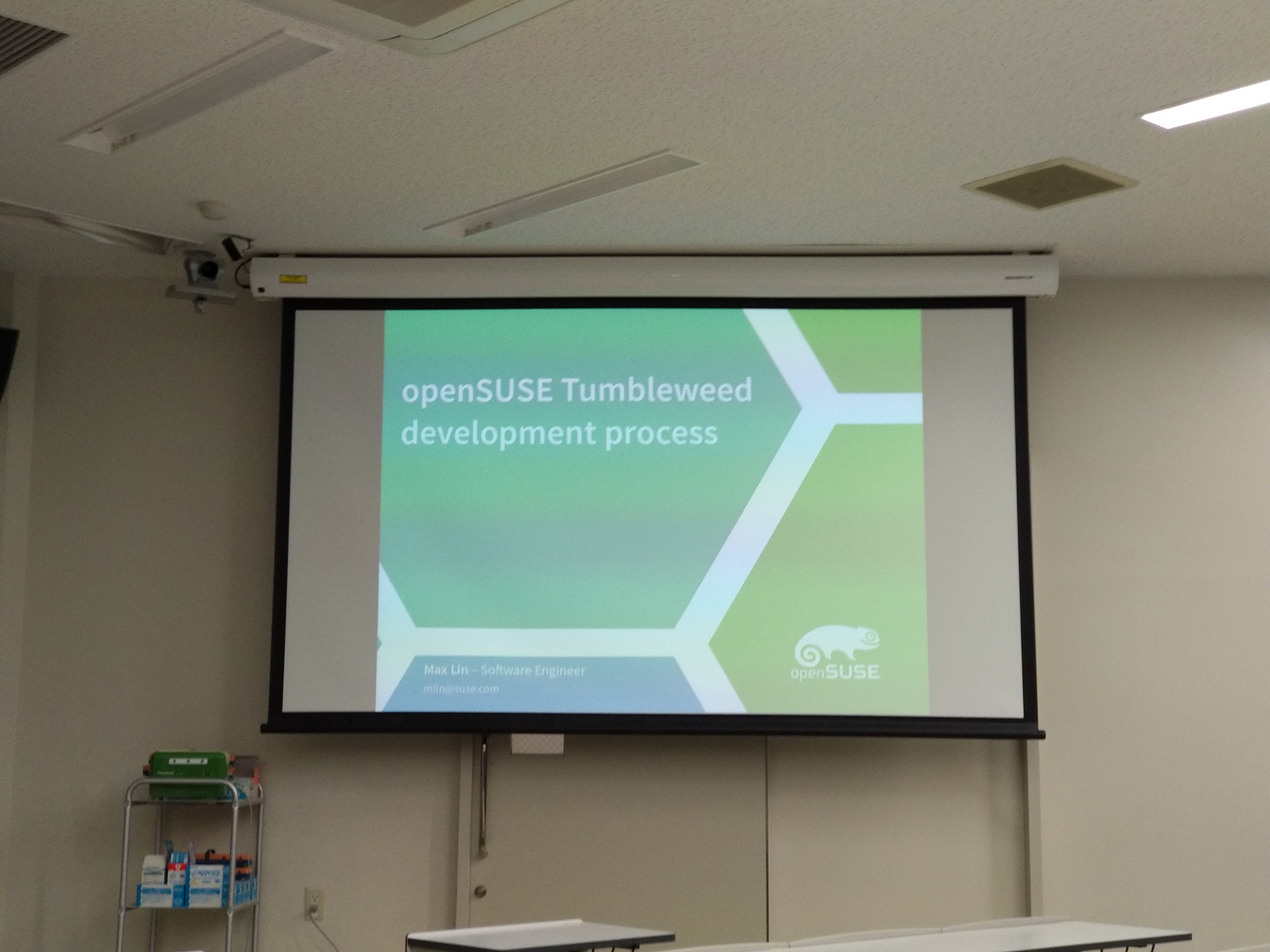 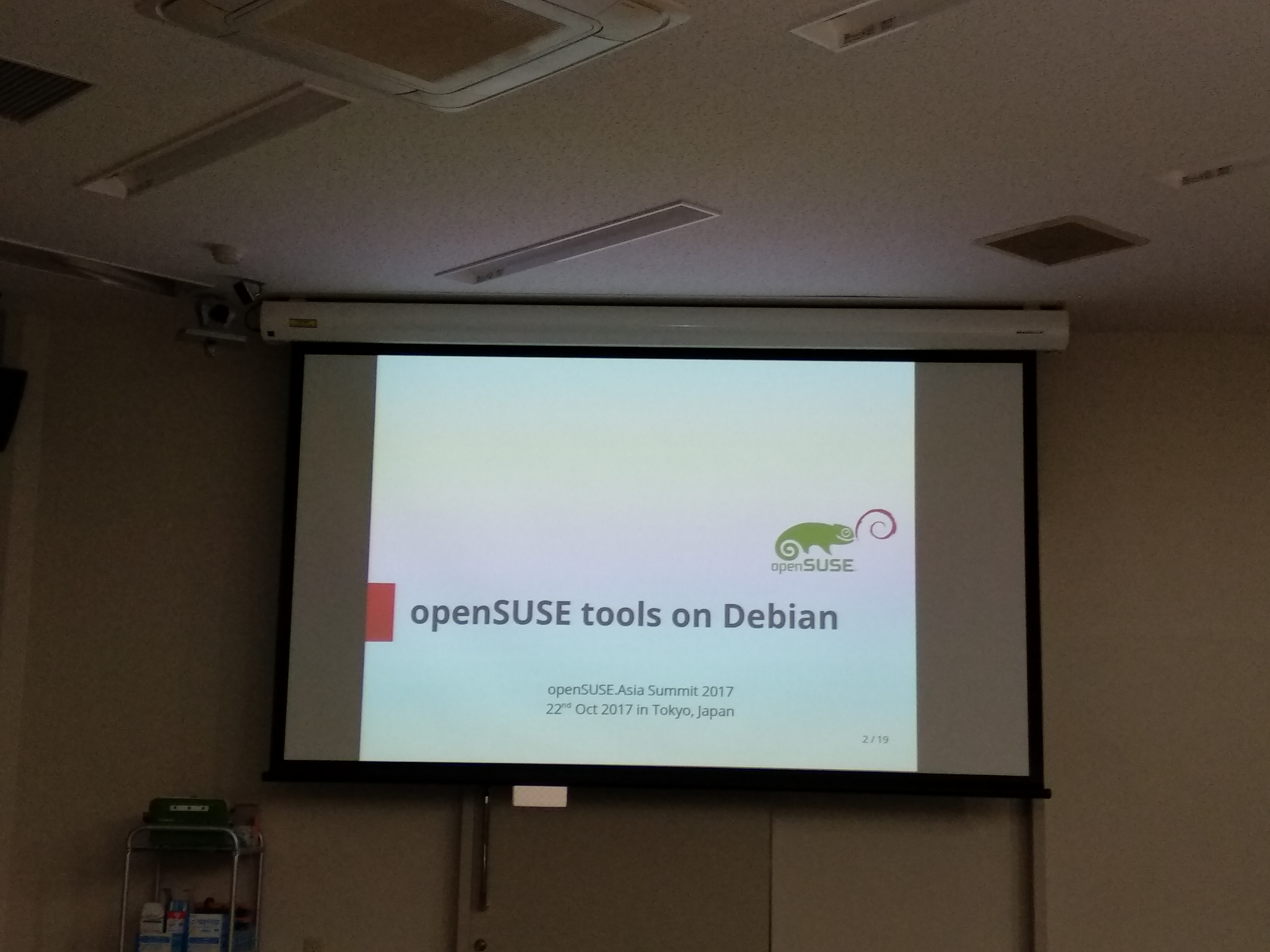 The only Japanese talk that i attended was MrExcluded talk, it’s about openSUSE to use on the desktop. He gave the audience lot of example to use FLOSS apps with openSUSE. His slides is very interactive. Then i move to SD Moko talk, it was a problem with his VGA connector and internet connection, so i decided to help him. 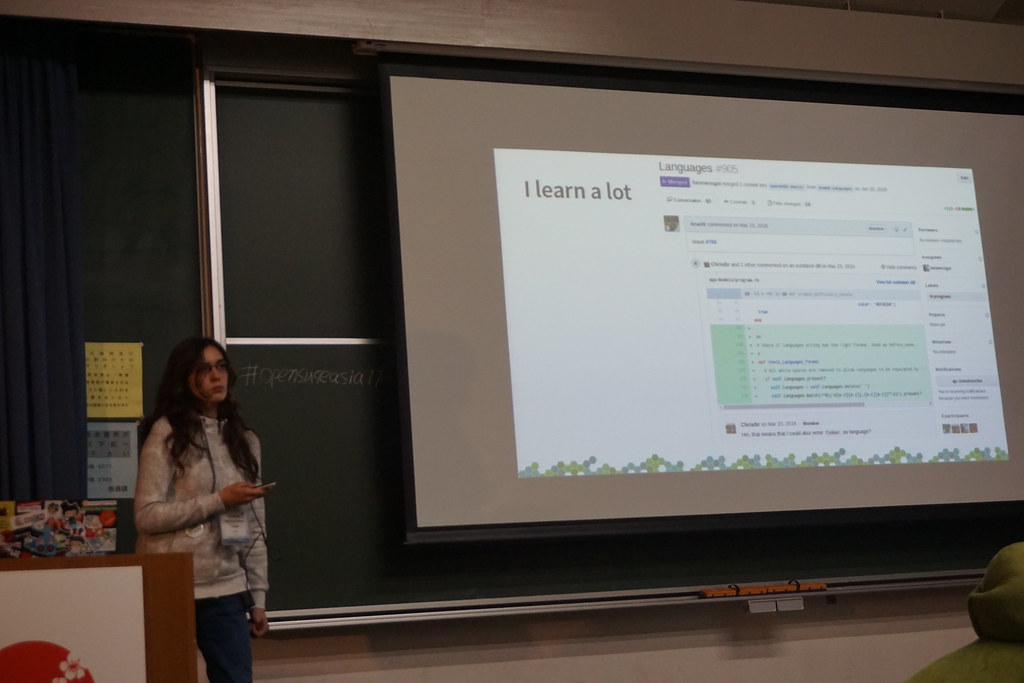 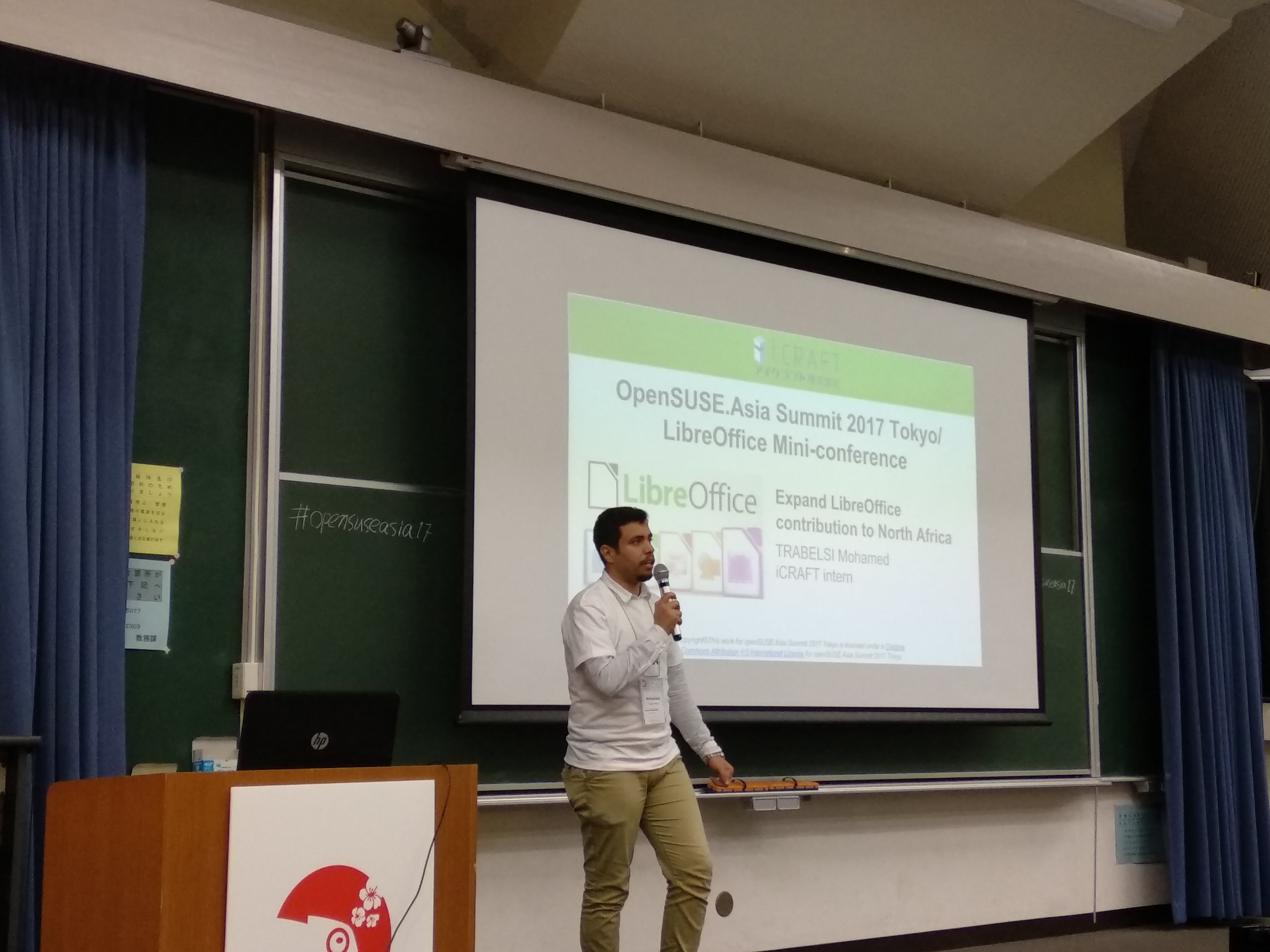 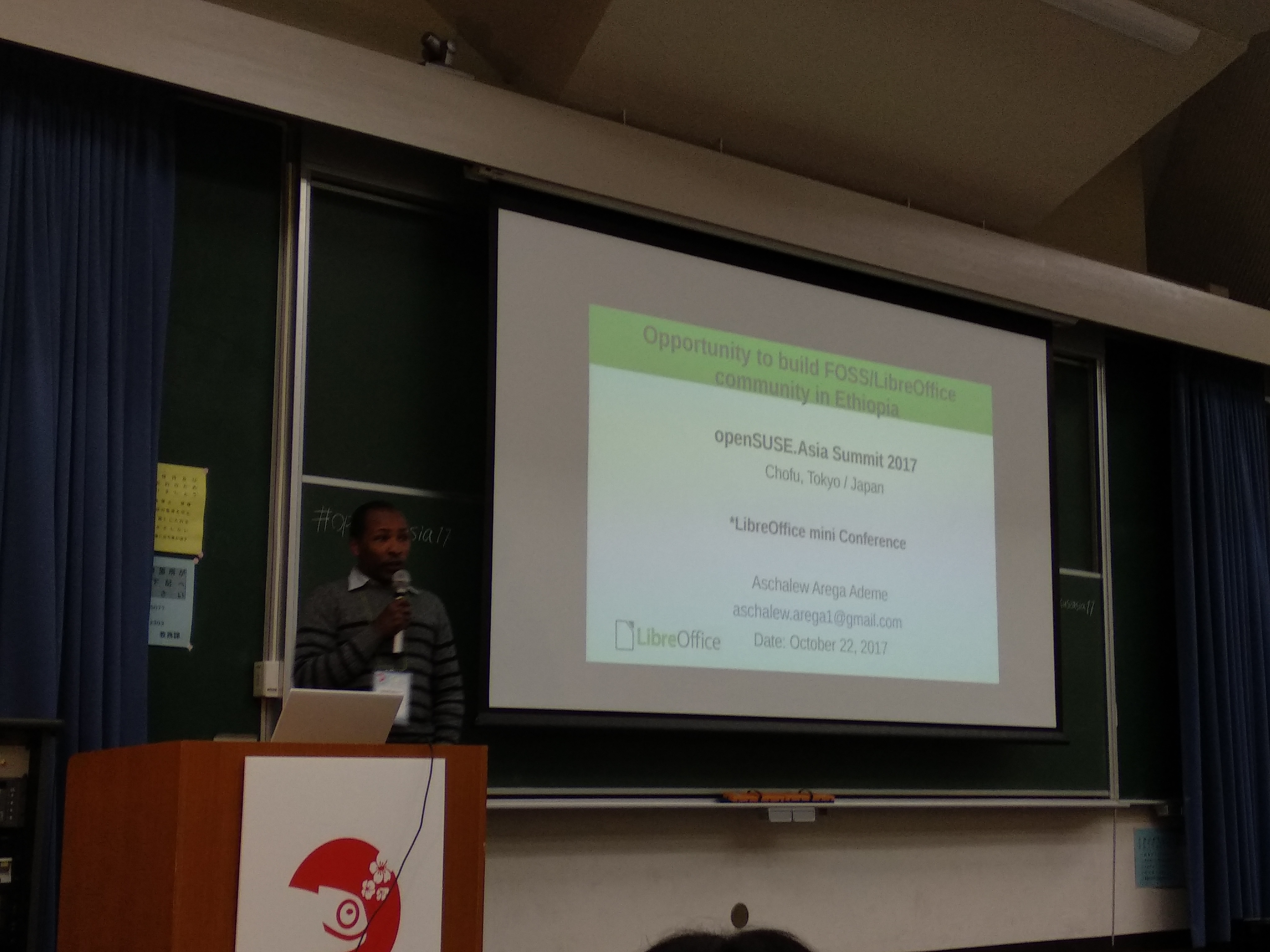 The second day of conference closed by lightning talk. The first two lightning talk was about LibreOffice and the speakers came from Africa. The first one was Mohamed Trabelsi from Tunisia, he talked about “Expand LibreOffice Contribution to North Africa”. The second one was Aschalew Arega Ademe from Ethiopia, he talked about “Opportunity to Build FOSS/LibreOffice Community in Ethiopia”. Now i have friends from Africa :D. The last lightning talk was proposal for openSUSE Asia Summit 2018. Max Huang proposed Taipei, Taiwan for the next conference along with GNOME Asia Summit 2018 and COSCUP. Hillwood Yang proposed Chongqing, China that also host of GNOME Asia Summit 2017.

The next day, after typhoon came, we went to Asakusa, Tokyo SkyTree and Akihabara. 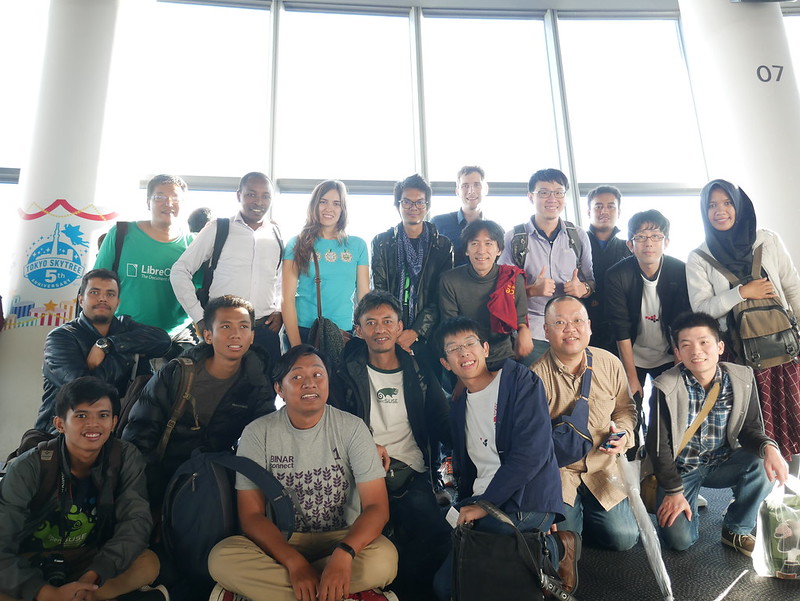 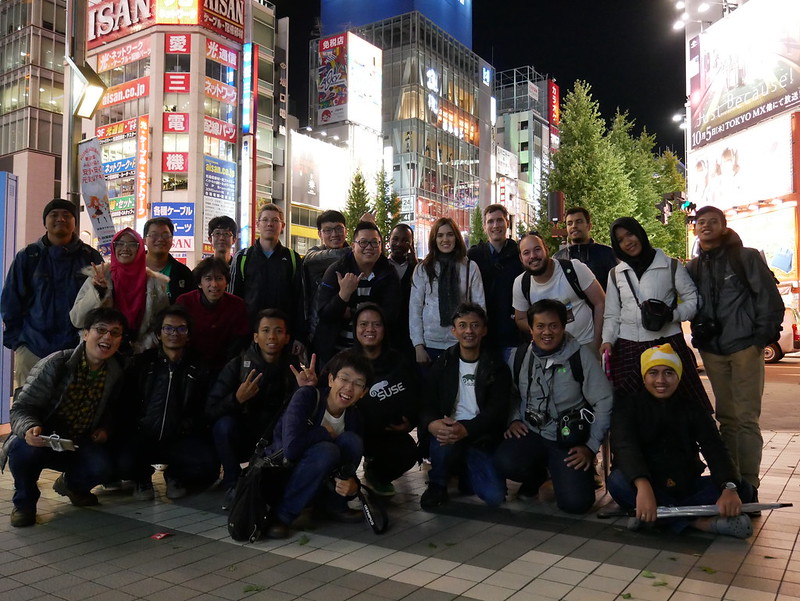 Anyway, i would like to say thank you to all of local team including Fuminobu Takeyama, Kentaro Hatori, Naruhiko Ogasawara, Shinji Enoki, and rest of them. ありがとうございました

Also thanks to openSUSE for Travel Support Program.